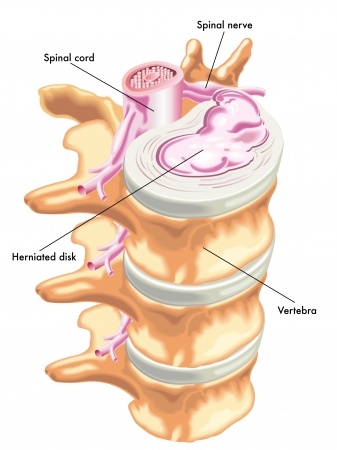 Sciatica is pain associated with the root and distribution of the sciatic nerve. Typically this involves pain from the low back region radiating into the buttock, thigh, calf and foot. This occurs most commonly on one side rather than both. The pain is caused by compression of the nerve root.

Sciatica is usually due to a lumbar spine herniated disc, commonly known as a ‘slipped disc’ although this is not an accurate portrayal of what is actually happening. This impinges on the nerve root causing pain.

An intense pain radiating into the lower limb often described as a ‘shooting pain’. This is aggravated by coughing, sneezing and straining. It is often accompanied by other symptoms of nerve compression which include numbness, weakness and ‘pins and needles’ particularly in the foot.

@ 2012 All Right Reserver
By Sophie Morris